Once-upon-a-time I had a shelf filled with pink glass which I posted about it when I first started my blog. 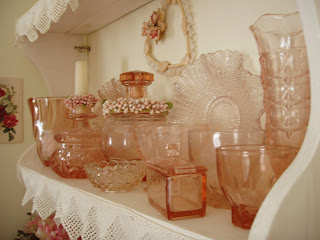 It did look pretty but over time the shelf became a bit of an overflow area for things that had no home and started to look rather unco-ordinated and over-crowded.
E.G. 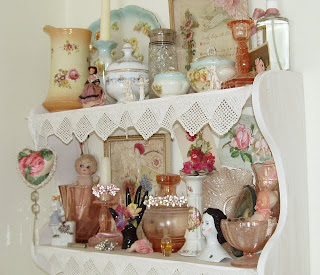 This weekend my task was to re-organise my little craft room. This was a displacement activity for intalling my new wireless router (which I still haven't done). But since the prospect was equally unappetizing, I instead spent the morning re-arranging the shelf (I justified this by saying that it needed dusting). First everything was removed - it's amazing how much can be squeezed into a small space. 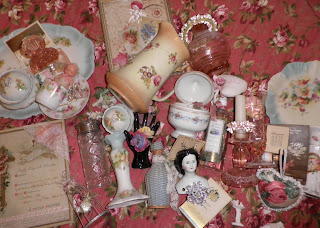 The blank canvas, which I decided would benefit a bit of a makeover. 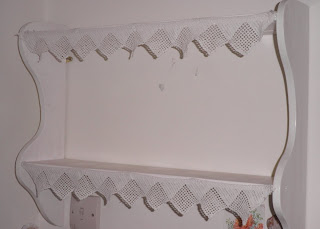 I had some pretty vintage wallpaper which would be ideal. The shelves do not have a back and I didn't want to paste the wallpaper to the wall, so I cut a piece just a bit larger than the space and tucked it behind top and bottom shelves, with some strategically placed blobs of blue-tac to make sure it stayed put. 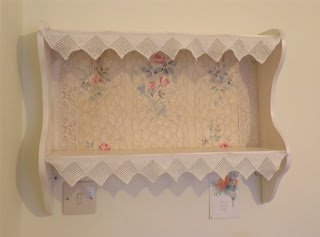 As the shelves were a bit wider than the wallpaper, I tacked a length of lace either side as a border. I placed the floral pattern near the top as this would be the part visible once the shelf was filled. 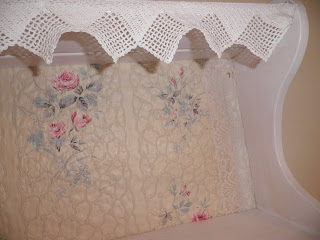 Then came the part we all love, putting things back. I wanted a more substantial look this time and to introduce some colours other than pink. I kept just one pink glass vase - for sentimental reasons ;-)
Ta-da! 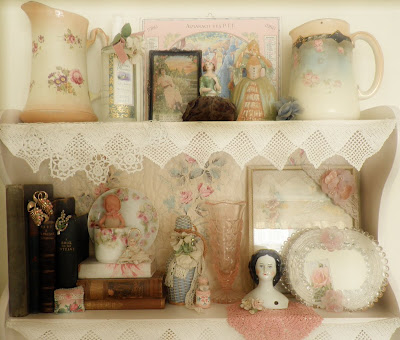 I included a few blue items to pick up the blue leaves in the wallpaper. 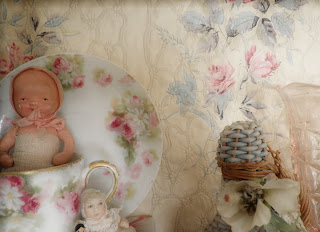 Plus generally a mix of subtle colours. Not everything was put back as it would have looked overcrowded again. 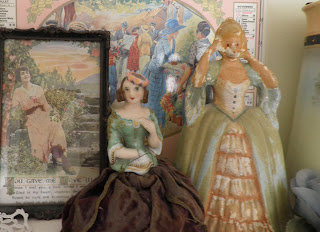 This tiny baby doll has a dolly of her own, the little stick doll is tiny, only 2cm tall - someone with very nimble fingers must have made her. 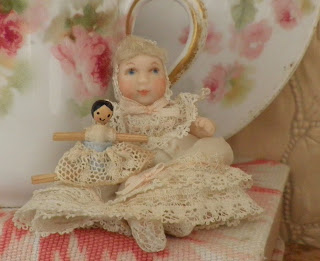 Beneath the shelf is a small cupboard which was given a re-arrange too - that's for the next post. Meantime there's the small matter of 'what do I do with all this lot!?" 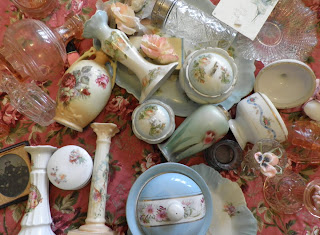 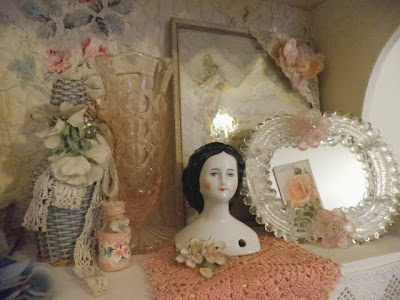 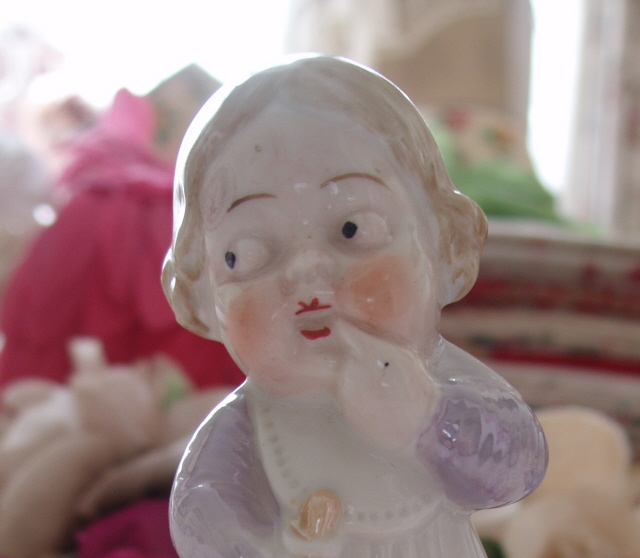 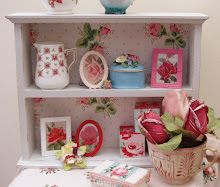 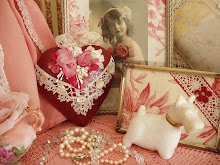 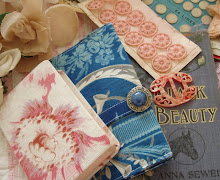 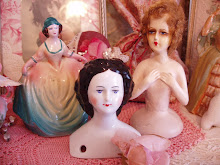 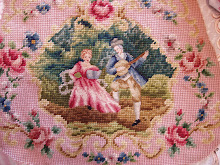 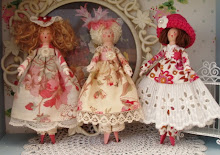 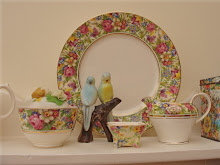 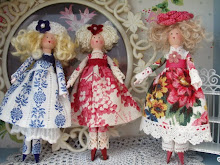 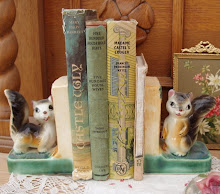 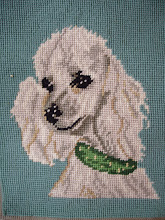 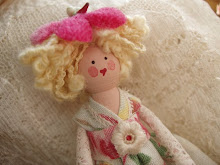 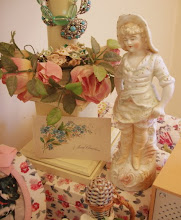 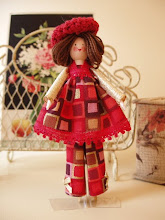 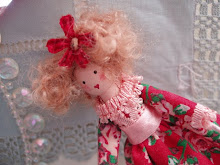 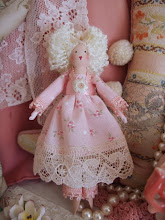 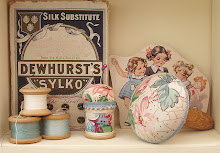